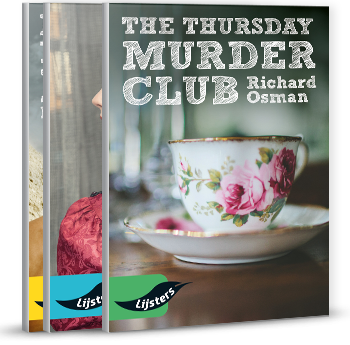 In a peaceful retirement village, four unlikely friends meet up once a week to investigate unsolved murders. But when a brutal killing takes place on their very doorstep, the Thursday Murder Club find themselves in the middle of their first live case. Elizabeth, Joyce, Ibrahim and Ron might be pushing eighty but they still have a few tricks up their sleeves. Can our unorthodox but brilliant gang catch the killer before it’s too late?

With its imperfect but charming heroine and its witty exploration of relationships, Emma is often seen as Jane Austen’s most flawless work. Beautiful, clever, rich and single Emma Woodhouse is content with her life and sees no need for love or marriage. However, she enjoys interfering in the romantic lives of others. But when she ignores the warnings of Mr. Knightley and tries to arrange a match for Harriet Smith, her plans unravel and have consequences that she never expected.

It is in 1950s’ Brighton that Marion first catches sight of Tom. He teaches her to swim in the shadow of the pier and Marion is smitten - determined her love will be enough for them both. A few years later in Brighton Museum Patrick meets Tom. Patrick is besotted with Tom and opens his eyes to a glamorous, sophisticated new world. Tom is their policeman, and in this age it is safer for him to marry Marion. The two lovers must share him, until one of them breaks and three lives are destroyed.